Paul Mattick: The revolution was a big adventure for me 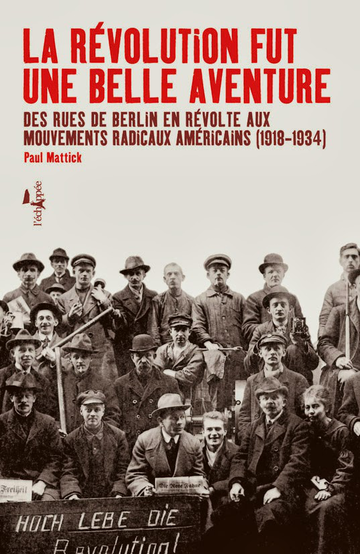 “The revolution was a great adventure fro me” – From the streets of Berlin to the radical movements in America (1918 – 1934). A meeting with Paul Mattick.

As a revolted youngster in the streets of Berlin after the Great War, Paul Mattick takes part in the Spartakist movement before becoming an anti-bolshevik communist. At the heart of years of fire of the German revolution (1918 – 1924) he speaks about his incredible itinerary between direct action and repression, illegalism and clandestinity. The reflux of the revolutionary movement and the coming to power of authoritarian forces – Stalinism and Nazism – push him, like many others, into emigration. In the USA he engages himself on the sides of the IWW and other radical groups. Subsequently he takes part in the great movement of the jobless in the 1930s, in which hobo’s, syndicalists and revolutionaries merge. He plunges us in these moments of intense social agitation, today badly known. The great adventure was, from one continent to another, the traverse of the effervescent years of the “age of the extremes”. Paul Mattick tells us with a sagacity that leaves all the room for his comrades in struggle, to his enemies as well, to the debate of ideas that always accompanies action, to the encounter of the radical workers with the artistic vanguard of the era, expressionists and dadaists. This exceptional witness reconstitutes the ambiance of vanished worlds, shocked by the mighty desire for a society without exploitation. This desire runs through the pages and is of a seizing freshness and actuality.

Born in Berlin and deceased at Boston, Paul Mattick (1904 – 1981) is notorious as a theorist of council communism. He has left an import oeuvre translated in numerous languages, among which : Marx and Keynes. The Limits of the Mixed Economy (1969, Boston) and Marxism. Last Refuge of the Bourgeoisie? (1983, Merlin Press).

Description: Interview and autobiographic testimony by an important council communist 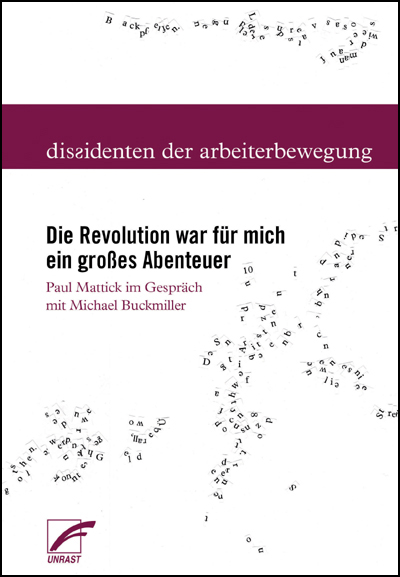 Paul Mattick: The Revolution was a big adventure for me Paul Mattick in conversation with Michael Buckmiller

Paul Mattick (1904 – 1981) is perhaps the exemplary worker’s revolutionary and intellectual: his furious settling of accounts with John Maynard Keynes; his critique of Herbert Marcuse, who by the way accepted it as the only valid critique from the Left; the Marx-Orthodoxy, with which he defended the tendential fall of the rate profit against all kinds of modernizers, made the German-American in the 1960s and 1970s a kind of communist conscience and inspirer of the anti-authoritarian revolt.

His sympathetically stubborn radical thought was founded in an exciting life story, that one spoke of, at the time, like about a legend: the school quitter and autodidact from precarious proletarian background took part in the anti-parliamentary Marxist KAPD during the Weimar Republic, he survived as a locksmith, as a day-labourer and as a wandering agitator, permeated by the revolutionary atmosphere of these days. In 1926 he emigrated to the USA, reorganized the Wobblies in Chicago, engaged in the movement of the jobless during the Great Depression, later submerged in the New York Bohemia and defended an anti-authoritarian Communism in small publications he edited himself.

Mattick has never made a fuzz about this biography, he was against heroic stories. But he nevertheless gave an account: in 1976 the German political scientist Michael Buckmiller conducted a long autobiographic interview with him, which has never been published. For decades it was under embargo and only some information spread from it. Recently it was excavated by Marc Geoffroy and Christoph Plutte, who were able to obtain permission for its publication. The interview really surpasses all expectations: it is a lively report in which we meet Mattick as a laconic and independent communist, who loathed all party schemes and all pacifically self-restricting thought.

“Meeting all scientific standards, the book is in the first place quickly accessible. It is complemented by literary texts by Mattick that are in a veiled way autobiographical; a commented bibliography on the lemma of council communism, and an extensive epilogue by Michael Buckmiller, who presents the figure of the worker-intellectual at the hand of formerly unpublished letters by Mattick.” (the German edition, website of the publisher)